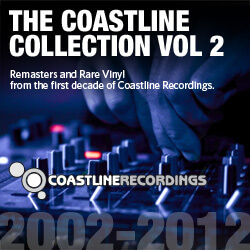 REMASTERS AND RARE VINYL FROM THE FIRST DECADE OF COASTLINE RECORDINGS

The Coastline Collection series spanning the years 2002 to 2012 continues with Volume 2. The series includes rare vinyl releases available in digital form for the first time as well as previously available tracks that have been remastered.

The ultra rare vinyl release “Stadium Daze”, which was featured on the label’s first EP, is included in this volume. More rare vinyl releases from the dawn of Coastline such as “Stars” and “Give Me the Night” also appear in Volume 2.

This series of remasters includes all of the great artists who have been a part of Coastline Recordings during its first decade.